This study combined fieldwork with sophisticated statistical analysis to reveal that cheetah numbers in the Maasai Mara are in fact much lower than previously thought.

The software used was R optimised by the ARC team for for multicore systems.  The study employed memory-intensive models and benefited from running a large number of jobs on compute nodes with 16 cores and 64GB (or more). 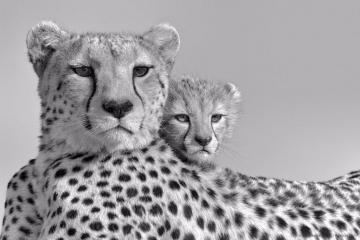 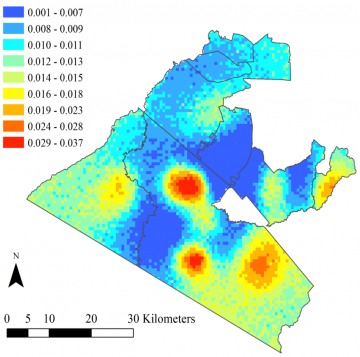 Cheetah distribution in the Maasai Mara.

This research used genetic and genomic methods to understand how the emperor penguin populations may cope with climate change.

In order to achieve this, the first part of the study (published in Global Change Biology) estimated how emperor penguins coped with climate changes in the past.  This received some media coverage as it was found that only three small populations of emperor penguins survived the last ice age, with conditions too harsh even for penguins.

The second part of the study found higher rates of migration than expected between emperor penguin colonies, even over distances as large as 10,000 km.  This suggests that emperor pengions may be able to cope with climate change.

The software used was beast2, MIGRATE and RAxML, and the study benefited from using ARC owing to a combination of large scale computations (in RAxML) and large volume of processing. 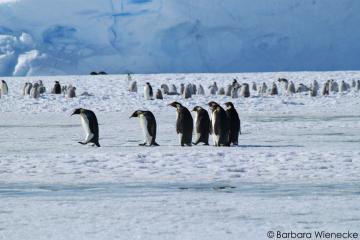