Using a custom algorithm and name lists from publicly available electoral registers, the study revealed features of the Muslim population that are much more detailed than what the official census data can provide.

At a basic level, the study could give a picture of the Muslim demographic that is hundreds of times more detailed than the official census (pictures below).  More importantly, the study has also shown that vote choices are far more heterogeneous than previously thought; that Muslims take part in urban economies of corruption rather than being simply excluded from the city; and that degrees of residential segregation have surprisingly little to do with whether certain spaces are experienced as 'ghettos' or not.

The work made extensive use of the ARC service for both extracting the electoral data from PDF files and for running the custom model written in R. 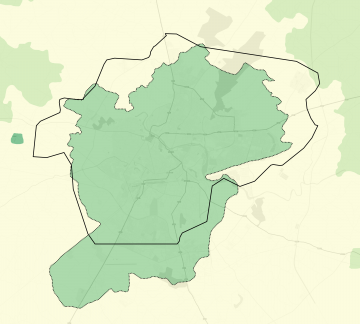 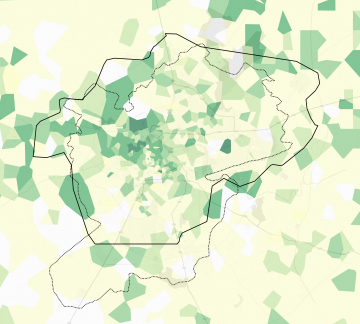 Muslim residential pattern in the city of Lucknow as revealed by the study's namematching methodology.

The late 1960s saw massive waves of protest by students. In the United States, students mobilized against the Vietnam War, against racial injustice, and against institutional rules that treated students like children rather than adults.

This study looked at data from surveys carried out by American universities in 1967 and 1968.  The surveys were performed during the first week at university on incoming students, who were asked if they had protested in high school, and they were also asked to estimate the chance that they would protest during their time at university.

The data was used to explain a general sociological puzzle: why is protest more likely in elite universities?  The study found that the major explanation is that such universities admit more students who are already inclined to protest.  Also, since potential activists cluster together in the same universities, peer influence subsequently increases this proclivity to protest.

The question that follows is: if students who were already inclined towards protest deliberately chose a university because it provided a conducive climate of opinion.  Answering this question required the analysis of 229,000 students, each making a choice among 168 universities, amounting to a total of 39 million observations.  The results indicate that prior protest hardly influenced the choice of university.  Other factors appear to be far more important, with students more likely to go to a university if it were closer, if it admitted students with similar marks to their own, and if it aligned with their religious or racial identity.

In summary, the tendency for potential protesters to cluster together in a few universities was an unintended consequence of decisions made primarily for other reasons.  The effects of the protests however were very significant, shutting down elite institutions like Columbia University for weeks, and eventually transforming university life; breaking down racial barriers and giving students new freedoms.

The study required the use of very large models in Stata, run on the ARC service. 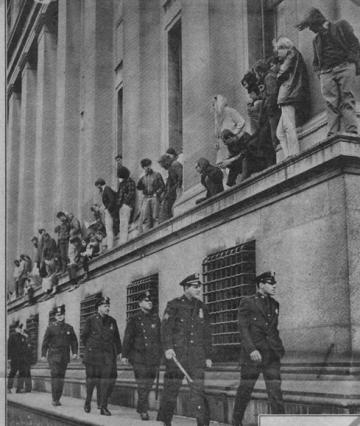