This study was concerned with the accurate prediction of lift from Computational Fluid Dynamics (CFD) simulations of a realistic airframe configuration.  The study was carried out in connection with the AIAA CFD High Lift Prediction Workshop (hiliftpw.larc.nasa.gov), which set out to assess the numerical prediction capability of current-generation CFD technology for landing and take-off high-lift aircraft configurations. The challenge is to capture enough of the airflow phenomena while keeping the cost of the numerical simulation within bounds, with the aim to replace costly wind-tunnel experiments or to understand effects that are impossible to observe directly or measure in the wind tunnel.

The airflow past a realistic aircraft configuration was simulated on a computational grid with 230 million cells.  The simulations, which were run several times, at different agles of attack, would take 5 years to complete on a conventional workstation but took only 10 days on the ARC clusters, each simulation running in a distributed mode across 960 cores.  The simulations were carried out using the OpenFOAM open-source CFD package. 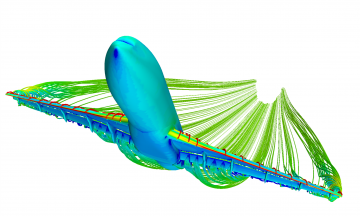 Airflow streamlines past aircraft at high angle of attack computed from CFD results.

The agreement with experiment was excellent, as shown in the pictures below.  In particular, the plot indicates the model captures the essential physics at a high angle of attack and high lift, which was the focus of the AIAA workshop. 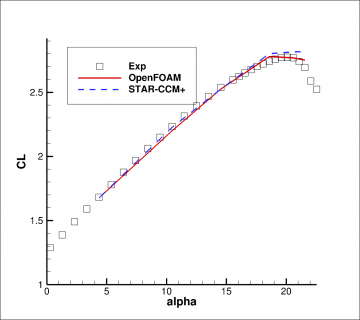 The variation of the lift coefficient with the angle of attack; comparison between experimental values and CFD calculations. 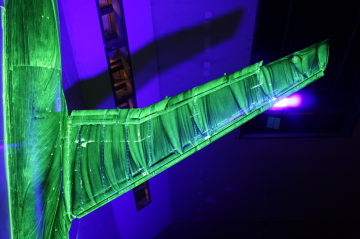 Flow streamlines past the aircraft wing as obtained from CFD simulations. 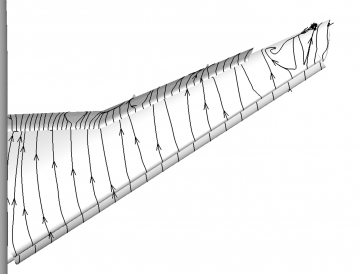 Flow streamlines past the aircraft wing as obtained from experiment (oil flow technique).